Mental Order for a change

If you read the indepth biographies of Winston Churchill, you will discover that the man suffered from a mental illness called Bipolar Disorder.  Yet despit a life of political defeats, he was able to win the Prime Ministership and successfully lead Britain in its time of greatest need against the Nazi war machine with the words, “Never, Never, Never Give Up.”  Churchill’s strategic insight during the Battle of Britain and his compelling speeches are still studied by leaders around the world today.

Abraham Lincoln’s indepth biographies also reveal he suffered from a mental illness believed to be Bipolar Disorder.  Yet despite repeated failures won the Presidency and even after the death of his wife, led the United States through the greatest national crisis it ever faced, The American Civil War.  His memorial in Washington D.C. reveal a man of profound depth of thought and compassion for his countrymen.  He is regarded as one of the greatest Presidents the United States has produced.

My theory is that all mental orders are just that different orders.  Some orders are more detrimental to one’s functioning than others.

I suggest we are all wired in a similar fashion, but we don’t understand the wiring yet or the inputs and outputs.  We don’t understand the range of Mental Orders humanity has.  Some orders are just more common than others.  Maybe in the end Synesthesia will be found to simply be a different mental order.  Time will tell.

Maybe, and more to the point I am saying we are confusing mental difference with illness.  Bipolar Order, Schizo Order, Borderline Order, Autistic Order and so on .

What I am really wondering is what Bipolar Disorder,  Schizophrenia and Autism are.

What is Bipolar Order?

More information about Bipolar Disorder can be found here.

Who has Bipolar Order?

The list of prominent persons with Bipolar Mood Disorder is very long as the video below will show (10 mins).  However, present day medicines are making it possible to manage the illness and lead a more stable life.

more about “A-Z OF FAMOUS PEOPLE WITH BIPOLAR DIS…“, posted with vodpod

A more extensive explanation of Schizophrenia can be found here. 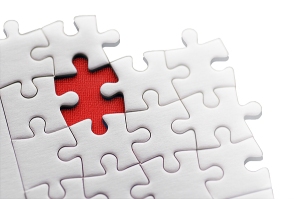 more about “who has autism famous – Google Video“, posted with vodpod

However, that is not what this post is about.  This post is about the stigma ignorance, prejudice and discrimination against the mentally different as well as the abuse of healthy people who choose to challenge authority or deviate from convention.  I couldn’t find a term like sexism, racism or homophobia, so I decided to coin a new term, “psychism”.  This is not the usage of psychism in its conventional sense, however I think the usage I propose is much more important to society.  Other schools of thought use “mentalism” or “sanism”, but I think psychism has more punch.  Psychism is mental discrimination and Psychophobia is fear of mental difference.

When a person presents an idea the hearer has many options.

Or you can attack all of them by questioning a person’s sanity.  This is Psychism.

To label a person as mentally ill when they challenge authority, act in a deviant manner or simply attempt to be creative is a psychist act.  It is an attempt to destroy a person’s credibility and self-esteem.  It is a violation of trust and a violation of human rights.  It does not matter whether that person is mentally ill or not.  Psychism is a crime.  It is a crime in religion, politics, the workplace, academically, in family and against oneself.  The only time when it is acceptable to intervene in a person’s actions is when they are a physical danger to themselves or others.  And in the case of Bipolar Disorder and Schizophrenia this is rarely the case contrary to public and media sensationalism.

It is often forgotten that the mentally different were among the first victims of eugenics, Nazism and fascism.  Is there going to be a place for them in the Canadian Museum for Human Rights?

Mental Difference and the World

It is predicted that Mental Health will be the dominant concern world wide this century.  It will affect us or someone close to us if not now in the near future.

Here’s some interesting statistics regarding a country struggling to get its Mental Healthcare System into place in the face of modern societal stresses:

Australia will not grant immigration to anyone with a mental illness on the basis that they will burden the healthcare system.

Singapore built a new Mental Healthcare Hospital in the early 1990s to prepare to deal with this emerging issue.  However job security is still an issue if you fall ill.

I am still researching.

I hope that this century will be the century when psychism will become extinct in society.  When we learn compassion and help Synesthetes manage their health and recognize deviation by any person as a creative force.  Let’s forget Mentally Ill.  Let’s use the term Mentally Different.